writer and teacher of heart-centered living

OP-ED Why is democracy dead? A look at troops pitted against protesters at the Lincoln Memorial in the aftermath of the George Floyd killing.

Why is democracy dead? Because commanding armed military troops in uniform to stand on the steps of the Lincoln Memorial, a tribute freedom, is overkill in the aftermath of the brutal police killing of George Floyd.

My white friends who say the memorial must be protected from vandalism, and that cities must apprehend looters, I hear you. No one wants that kind of lawlessness and thievery. Black people don’t want that, either.

Walk in my footsteps

I have lived in Washington, D.C. since January 2018. I have attended many marches, including the biggest show of solidarity at March for Our Lives — which brings me to my point, #DCProtest is also a march for our lives.

I am a flâneuse — she who loves wandering city streets for hours on end, without agenda. I am also a professional schlepper — she who is not owned by a car. I am also a poet of the city — she who observes everything with the eyes and ears of her heart, not from her ego. Do this sometime. Go for a walk out there in the world without yourself. Know the world through the pores in your skin. Stand behind your eyeballs. Loosen your optic nerve.

In Washington, D.C., I heart-know the dark corners of indifference around the stately federal buildings. I have heart-seen the face of desperation, of hunger, of addiction, of insanity, of hopelessness, of deep pain, of exhausted living ghosts — all of it on countless bus and train rides.

I have walked by a woman sleeping on the steps of the treasury next to a cart of her worldly possessions. I have observed a half-naked man clip his toes in the park across the street from the home of Jeff Bezos. I have witnessed an old black man sleep on the streets of my neighborhood while passers-by step over him looking down at their mobile phones.

I don’t know all the answers to fix the problems of the great why there is human suffering. But I daily see the why in the living theater of the nation’s capital.

As the daughter of Cuban refugees who sought political asylum in this country, whose stories of the regime still clang, decades later, like a loud gong in my memory, I have made pilgrimages to the Lincoln Memorial to just stand, awe-inspired on those steps, to simply breath in democracy, to meditate on the 5 freedoms of the first amendment.

Looting and vandalism is bad. So is the daily theft of human dignity. And for every suffering being in the district, you see a huge deficit in the bank of compassion. For the shameful and brutal mad King Lear in power, who only wishes he had the brilliant, if evil, rhetorical capacity of a Castro or a Mussolini, who misspells basic words on Twitter, and uses ALL CAPS and exclamation points to tell the story of a nation, who hides in a bunker instead of addressing grieved constituents — for this man who owns a gold tower, who won’t release his taxes for public scrutiny, the bank of compassion is in the red.

The show of force you see on the steps of the Lincoln Memorial is patriarchal optics of cowardice, and completely unnecessary. Straight out of Leni Riefenstahl’s playbook — she who made propagandist “documentaries” for Adolf Hitler and knew the power of large scale orderly images. Troops lined up on the steps of the Lincoln Memorial — when other less menacing measures could be taken to barricade the structure — pit the pitiful tyrant against the people and insults the men and women who fought for freedom.

The anger you see on the streets is the unfulfilled promise of the Emancipation Proclamation. If you have ever been to the memorial in person, you know the sacred cavern where Abraham sits, larger than life, where, surely oceans of tears rolled down his face yesterday, overlooking the steps where Martin Luther King once uttered “I have a dream.”

That dream became a nightmare dressed in camo yesterday. That nightmare didn’t just grab your pussy. It killed democracy. It crushed the voice of your heart.

— Originally posted on Facebook in the aftermath of the brutal police killing of George Floyd in Minneapolis, Minnesota. Read more at The Guardian.

'Thank you for keeping me alive': love language from the kitchen 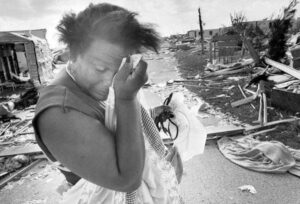 Of Pomegranates and Pain — The currency of forgiveness won’t always feed the hungry, but choosing compassion over condemnation is the right price for a meal.

I could not resist. Or maybe I did?

Too late for that call for unity.

It's a beautiful day in the neighborhood.

In spite of the Insurrection, @teddy_man_about_tow

GO HOME As seen on my walk to work this morning. T

One of these things is not like the other ...

"Sometimes the greatest gift is the one we find ha

Every day the President remains in office constitutes a clear and present danger to all of us. Artwork by @stevebrodner, photo by Alexandra Charitan. #2020Election #25thAmendmentNow #ImpeachedTwice #AmericaOrTrump #CapitolHill #Election2020 #DCProtests #fascist #TrumpCoupAttempt

.@ReddIsAri laying truth down thick #BLM banner on a fence is not why #WashingtonDC is in the grip of fear-mongering right now FFS it's #WhiteSupremacists